Thunder Tier One is a third-person co-op realistic shooter video game developed by Krafton in 2021 for the Microsoft Windows platform. The game takes place after the collapse of the USSR in the Eastern European country of Silabia. The player will take command of a squad of four people and go through nine interesting missions both alone (with AI support) and in co-op with a group of friends or random players.

Thunder Tier One takes place in an alternate version of history after the collapse of the Soviet Union. You are a fighter of the elite Special Forces squad “Thunder-1,” whose goal is to detect and eliminate a dangerous terrorist organization that seeks to wreak havoc in the fictional Eastern European country of Silabia. Each story mission (there are nine in total) is a separate operation with its own key task: eliminate the cell of the rebels, find documents, rescue the hostage, and stuff like that. In general, what do Special Forces do in the real world? Under the command, you assigned additional fighters from different countries, and you can choose three more comrades-in-arms for your squad.

Thunder Tier One is not a first-person action shooter familiar to everyone and not action with a camera from behind (from a third person). But a very rare representative of even an elite real-time tactical wargame genre with a top-down view.

The main menu shows your operative, the appearance of which you are free to customize. You can also choose colors for clothes, but the choice is small.

You can equip each soldier with different types of weapons and armor. There are more than thirty guns in the game + a decent variety of pistols, grenades, and other cool chips.

The chosen equipment has a direct impact on the subordinate in combat. Each gun differs in range, lethality, and rate of fire. Penetration depends on lethality – the higher the caliber, the thicker the walls you can shoot through, cracking down on enemies blindly.

The camera always hangs from above, giving an excellent overview of the surroundings. You directly control only one fighter (you). And you can give the rest of the squad simple commands by calling the radial menu on the right mouse button – aim at a target, follow a certain point in the visibility zone, stop, regroup, and the like. By default, the team always follows you and does the same thing as you.

Artificial intelligence does not demonstrate miracles of ingenuity, but it does its job well. Opponents can not only run to your position but also take cover, conduct rapid fire, and shoot accurately too.

Once you gape, the squad will quickly miss one or two fighters, which will greatly complicate the passage of the mission. Fortunately, the loss of a fighter on the battlefield, except for the main character, does not complete the task, and you can continue the operation.

In addition to the ability to play the game in co-op, Thunder Tier One also offers you a full-fledged multiplayer, aimed at both player-versus-player battles and opposition to artificial intelligence. There are four different modes in total.

Exfil (Abduction) is a four-on-four mode in which the attacking team is tasked with removing a package from the enemy territory at a certain time. And the defending team must prevent it from doing so by any means possible.

Advance & Secure (Attack and defense) – is also a four-by-four mode in which teams fight each other over a number of sectors.

Domination is a PvE mode in which a team of up to four players must hold multiple points, defuse explosives, and defend against counterattacks within a limited time frame.

Deathmatch (Fight to the death) is a PvP-mode with up to eight people free to participate.

Thunder Tier One features high-quality graphics and excellent physics. The game can serve as a good example for future projects in the genre, setting a high bar for quality. It has High-quality lighting, a good level of detail, excellent shooting mechanics, and a rich soundtrack.

The sound is average, as is the music. They do not irritate, but they certainly will not make you want to unscrew “to the maximum.”

Thunder Tier One came out as an interesting, dynamic, and exciting wargame. There are not many games in this genre on the market. Therefore, it has no particular competitors. Fortunately, the product from KRAFTON, Inc turned out to be worthy and interesting. Fans of tactics will definitely like it. 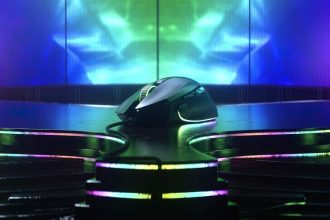