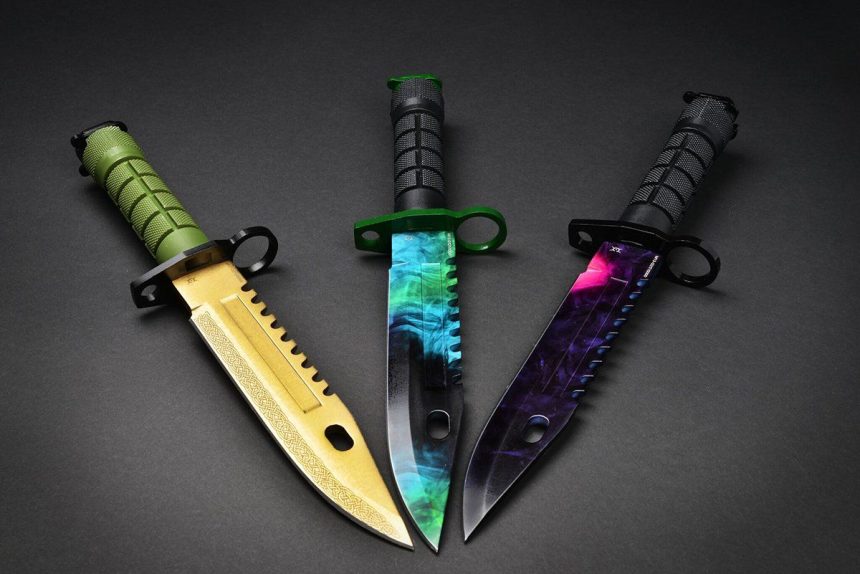 Like most other games, skins are an integral cosmetic part of CS:GO, and knife skin is at the top. They are popular because they are fantastic because of their design and animation and come at a hefty price. Not everyone is willing to pay around $100-200 no matter how cool they look. Not that we are complaining, as it isn’t our game, so we compile our list of the coolest yet cheap skins worth buying in 2022 for Knives in the game.

Knife weapons are one of the most iconic weapons in the game that are your biggest ally in times of need. They are also silent killers, and that’s why most players love them. No wonder the skins are loved a lot and are expensive nonetheless. So if you are one such fan and don’t want to spend a big buck, the following are the best of the best and at an affordable price.

A typical butterfly knife comes in various colors and designs like the Marble Fade variant. Probably colors on the blade are what most people look for here, so hilt colors are more pronouncing. It might just be that the complete combination of colors on a metallic appearance is what makes it popular and attracts more players and buyers to it. Because of these reasons, Marble Fade Butterfly Knife is one of the rarest in the game.

If you have decided to buy this skin for a good time, don’t forget to research it before and find the cheapest place.

A lot cheaper than the butterfly variant above has sharp colors and are vibrant and eye-catching feel to it. The best part of the skin is that the purple handle shines in the sunlight, increasing its value. The blade, on the other hand, has a matte feel and look to it. This skin looks really cool when you apply the rotation animation in the game.

If you don’t go for the color, this looks like a classic commando knife. As the name suggests, it is a hardened blade giving it multiple hues like a rainbow in the sun’s reflection. To give it a more realistic feel, the knife’s handle is nicely covered by a parachute cord. The best part about this skin is that it isn’t as horrendous in price as the other knives. Researching before buying this knife skin on different websites may allow you to get a much better price.

Found in Collection: The Case-Hardened Collection

An excellent blade design and etching on the blade make it a treat for the eyes and at a much better price than a lot of sought-after knife skins in the game. The beautiful patterns with yellow color add to the mystique of the blade. Valve took the inspiration from AWP Dragon Lore when designing this blade which they took from Celts who used it for hunting and ceremonies.

Karambit is one of the rarest knife skins in CS:GO, and most players would have never seen it in action. This rarity and the bluish rainbow-like blade make this knife value around $100,000. The second reason the value is so high is that it is one of the very first skins added to the game.

Found in Collection: The Blue Gem: The Arms Deal Collection

Resembling red mist due to its red-colored blade and the end of the grip has been pushing its price limit since the very first days. Sometimes it is really crazy to think that a digital skin in the game could cost so much due to its rarity.

Found in Cases: All Chroma cases

Price is on par with our above entry and similar in the color theme. Crimson Web is also one of the most used rare skins in high-level games. There is a StarTrak version of this knife, and even though quite popular, not as much as Crimson Web.

This knife skin has a marbled look of blue, purple, and pink, giving it a hue of the nebula in its design, and looks good with both in-game animations. In the first animations, the blade pops out when you press G while you flip the knife in your hands on the other.

Found in Collection: The Seeing the Light Collection

Found in Cases: From the Prisma Cases 1 and 2

Most people want to enjoy a weapon skin, but when the price increases so much that it doesn’t justify this fun and all for a digital good, people go for cheaper ones then. We understand the rarer the skin is, the more it is in demand, and the more people want to play with it. Valve has been really lucky and clever in adjusting the rotation and prices of their digital goods to make a lot of money on enthusiasts. In our opinion, it is an excessive amount to spend but all their own. 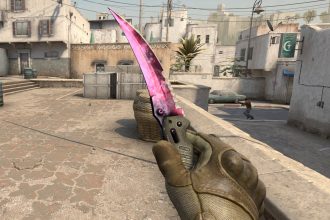 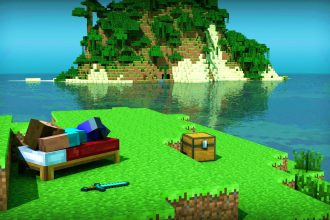 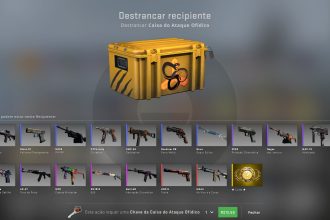